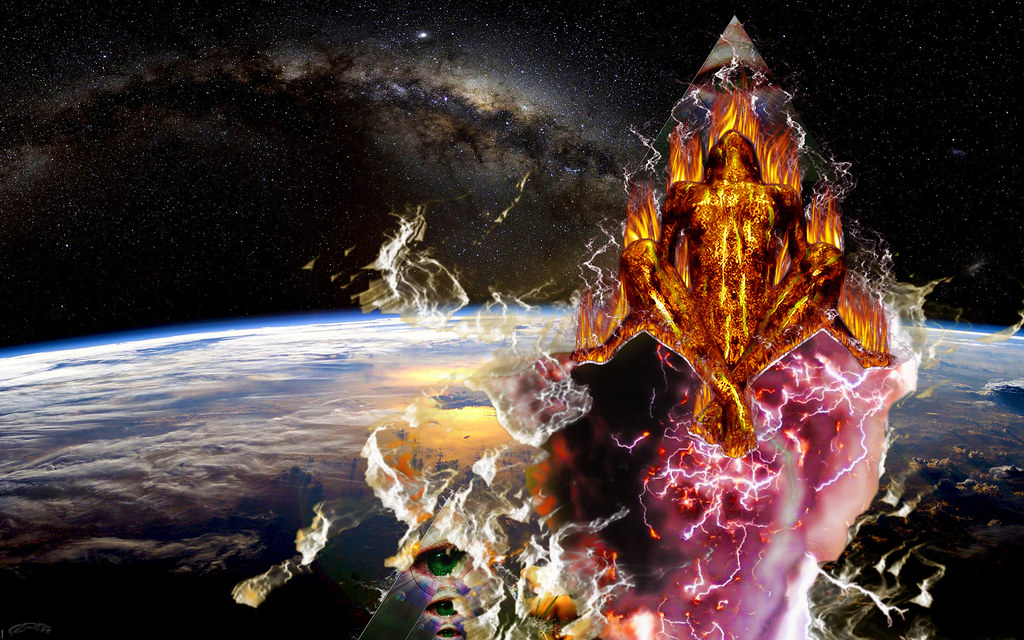 
Much of 20th Century science has already been discredited, yet too much nonsense is still being taught. It’s time to examine a plethora of false assumptions being foisted on impressionable minds by ignorant authority figures. The precepts and concepts that made the reputations of last century’s physicists and cosmologists are all partially correct at best and utterly wrong and misleading at worst. To believe that their notions were more correct than those of ‘natural philosophers’ who inhabited the relative Dark Ages of preceding centuries is a testament to folly and hubris.


The lies of religions and other tribal superstitions poisoned all sense and reason until the very recent past. In many benighted regions of the globe this mental slavery still holds minds in thrall to fantastic idiocy. The underlying motive for the promulgation of the Big Bang theory – whereby our entire universe supposedly came into being less than fourteen thousand million years ago - has nothing to do with mathematics or physics.

The Big Bang was invented by human beings encased in a cultural matrix that originated in the Bronze Age and was literally beaten into the young brains of untold generations of illiterates. Millennia of blind religious dogma blighted lives with the lie that an invisible ‘god’ created the world, the Sun, the moon and stars in merely six short days, and then took a day off work. Along with everyone else, educated people were preprogrammed to believe in such a creation event from infancy.

No matter how enlightened, the scientists of the day were riven and driven by the childish vision of a creator god inhabiting a heavenly realm somehow removed from ‘mundane’ reality. They invented the idea of some preexisting reality before time space as a result (without exploring the complex hyperspatial and hyperdimensional theories which would make this concept both a possibility, and simultaneously an absurdity.

The Big Bang is a mathematical absurdity masquerading as physics. It’s based on two largely unexamined assumptions, both of which are false although based on valid observations that truly indicate an entirely different cosmology. One is the phenomenon of red shift (whereby the majority of objects in the observable universe appear slightly red) and the other is referred to as the Hubble Constant - a ubiquitous hum in a narrow range of background radiation observed wherever we look (or rather listen) throughout the cosmos.

The red shift was ascribed solely to the Doppler Effect – the same phenomenon that causes the sound of a train whistle to seem to rise in pitch (frequency) as it approaches an observer, and lower in frequency as it departs. When related to visible objects, anything approaching an observer appears more bluish (as light wavelengths appear shortened and bunched up towards the blue end of the spectrum) and receding objects appear reddened (because the light from receding objects appears stretched to an observer). Because the majority of celestial bodies appear reddish it was assumed that everything was moving away from us and everything else in the aftermath of a primordial explosive event – a Big Bang.

As demonstrated by pioneering astrophysicist Halton Arp 1 (and subsequently by David Talbott, Wal Thornhill and other proponents of modern ‘electric universe’ theory 2), the Doppler Effect can’t possibly account for many observed phenomena associated with the reddening of celestial bodies. Some share the same apparent red shift while obviously moving in entirely different directions. Their postulated distances from our point of observation and each other – as theorised using red shift for a benchmark - are obviously incorrect in light of a number of observable anomalies.


The reddening of celestial bodies is caused by a number of factors including (but not confined to) the Doppler Effect. Among these are the fact that space is not a vacuum at all (as believed when red shift was first ascribed to the Doppler Effect), but filled with all manner of energies and filtering mechanisms. As a result, light experiences an effective signal loss over great distances and this translates into a shift towards the red and infrared end of the light spectrum, as shorter frequencies – the blue/violet end of the spectrum – are more easily occluded. The same applies, in varying degrees, to all bands of radiation we use to observe the cosmos (including radioastronomy).

Thus the limits of our ‘observable universe’ are no limits at all, but merely the limit of observation using the electromagnetic spectrum as a yardstick. The universe didn’t begin 13 or 14 (or even 200) billion years ago as indicated by this false assumption, but is in fact infinite. We just can’t see very far through the soup of timespace.

That this is true is revealed by a number of observations, including the fact that no matter how far we look through the sea of time, supposedly primordial ‘infant’ galaxies and other structures appear virtually identical to those we see around us today. This contravenes many precepts of Big Bang theory, as do many observations made since we lifted our sights and sightlines beyond Earth’s occluding atmospheric envelope and began to see the cosmos as it actually appears.

According to ‘electric universe’ theory and contemporary observations that demolish most of the cherished notions of 20th Century astrophysics, the primary ‘force’ acting throughout the cosmos is not gravity at all - gravity is a very tenuous field - but (what we incorrectly term) electromagnetism. And according to the postmodern electrical paradigm, the redness of many celestial bodies indicates not their speed of recession but their age – or rather, their energetic level and even their relative youth!

Thus one of the only two planks that seemed to necessitate the idea of a Big Bang does not actually exist; most things in the cosmos are probably not racing away from everything else at all, and the increased redness of more distant objects is mainly due to signal loss.

The remaining plank that seemed to underlie and confirm the Big Bang hypothesis– the Hubble Constant (named for astronomer Erwin Hubble, to whom the famous first space telescope was also dedicated), has also been ascribed to the wrong cause entirely. The all-pervasive background ‘hum’ in the hydrogen band that’s noted wherever our electronic ears listen to the celestial ‘music of the spheres’ isn’t an echo of an ancient explosion, but is due to a now well-known and widely recognised quantum effect whereby virtual particles are continually appearing within and disappearing from the observable (4D) universe.

‘Space’ isn’t space, but is filled with innumerable wavelengths (energies) that generally cancel each other out, resulting in a near-vacuum state. This state isn’t a vacuum or a zero-point field of fluctuations (as often described) but a field that oscillates around scalar zero –conceived as being slightly ‘above’ the zero point, and originally believed to be so negligible as to be immeasurable and irrelevant. When 18th, 19th and 20th Century physicists first calculated all the details of orbital mechanics this reality was entirely unknown; their figures were all predicated on the false assumption that all celestial bodies interact in a complete vacuum.

Newton’s blind clockwork universe and Einstein’s divine plan are equally illusory. God doesn’t play dice (because there is no external god rolling the deadly die) but chance interactions – the freewheeling will of cosmic fields and forces – is everchanging and inherently unpredictable. Everything is possible and we inhabit an infinite interacting series of parallel universes, all interwoven by probability and the wills of conscious beings.

This sea of virtual particles gives rise to a perceivable ‘hum’ produced by little vortices in timespace (effectively electrons and positrons) that occur wherever wavelengths interact in suitable configurations – and as waves are always interacting in innumerable configurations, there are always some that give rise to relatively stable and measurable forms. Some of the most basic of these effectively appear as ‘hydrogen ions’, continually flashing into and out of existence as a result of perpetual wave interactions. These occasionally remain in our plenum when they happen to manifest in a geometrical configuration that remains stable (by virtue of simple mechanical interactions), producing what physics has conceived as ‘atoms’, or ‘ions’. 3

Thus the Hubble Constant is not an echo of a non-existent Big Bang, but the continuous resonant hum of infinitude tiny vortices, as hyperdimensional energies which transcend the recognised four dimensions of space and time perpetually condense into observable energy in our timespace (See TimeSpace).
It’s worthwhile to note that ‘particles’ are not simply continually emerging in the ‘vacuum of space’, but within pre-existing forms of denser energy fields and material forms as well. In fact, the more dense a field they manifest within the more likely they are to lodge into pre-existing patterns, and to remain in timespace rather than immediately wink back out of existence. When extra particles appear within the energy matrix of matter, more complex and more ‘dense’ forms of matter are formed. Thus ‘matter’ is continuously condensing - growing more dense and complex - and celestial bodies are all slowly growing through time. 4

There are no ‘Higg’s Bosons’, as there is no need for them or most of the other invented confabulations in the ‘particle zoos’ of 20th Century physicists. Simpler geometrical forms simply give rise to progressively more complex geometrical forms and the morphic fields of matter literally attract energy – and more matter – via simplex mechanisms, not through abstruse, ‘spooky’ or exotically impenetrable interactions.

Light Amidst the Darkness

You can help this invalid artist continue by giving enough for a meal or drink if youre able -   Donate any amount and receive at least one New Illuminati eBook! 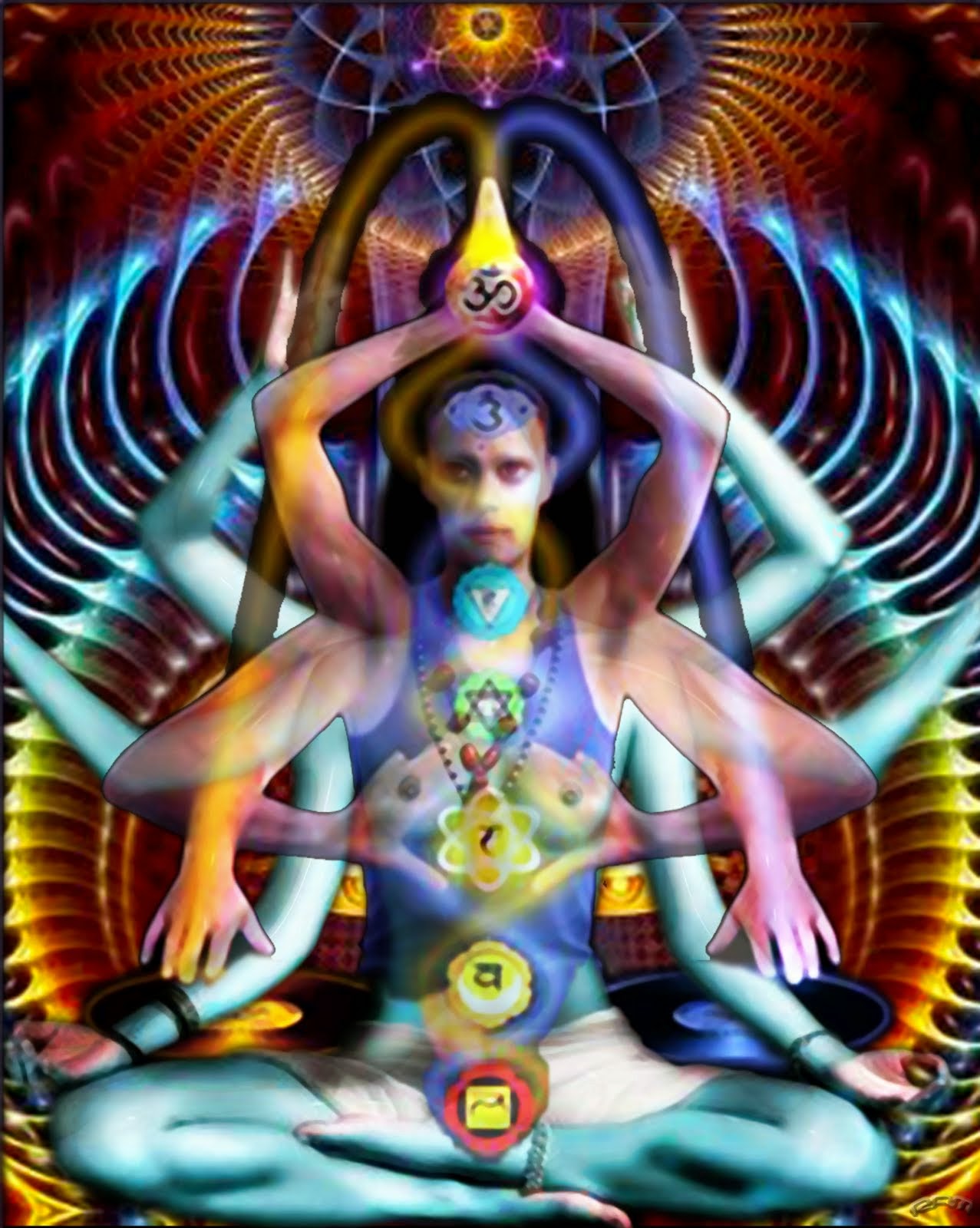